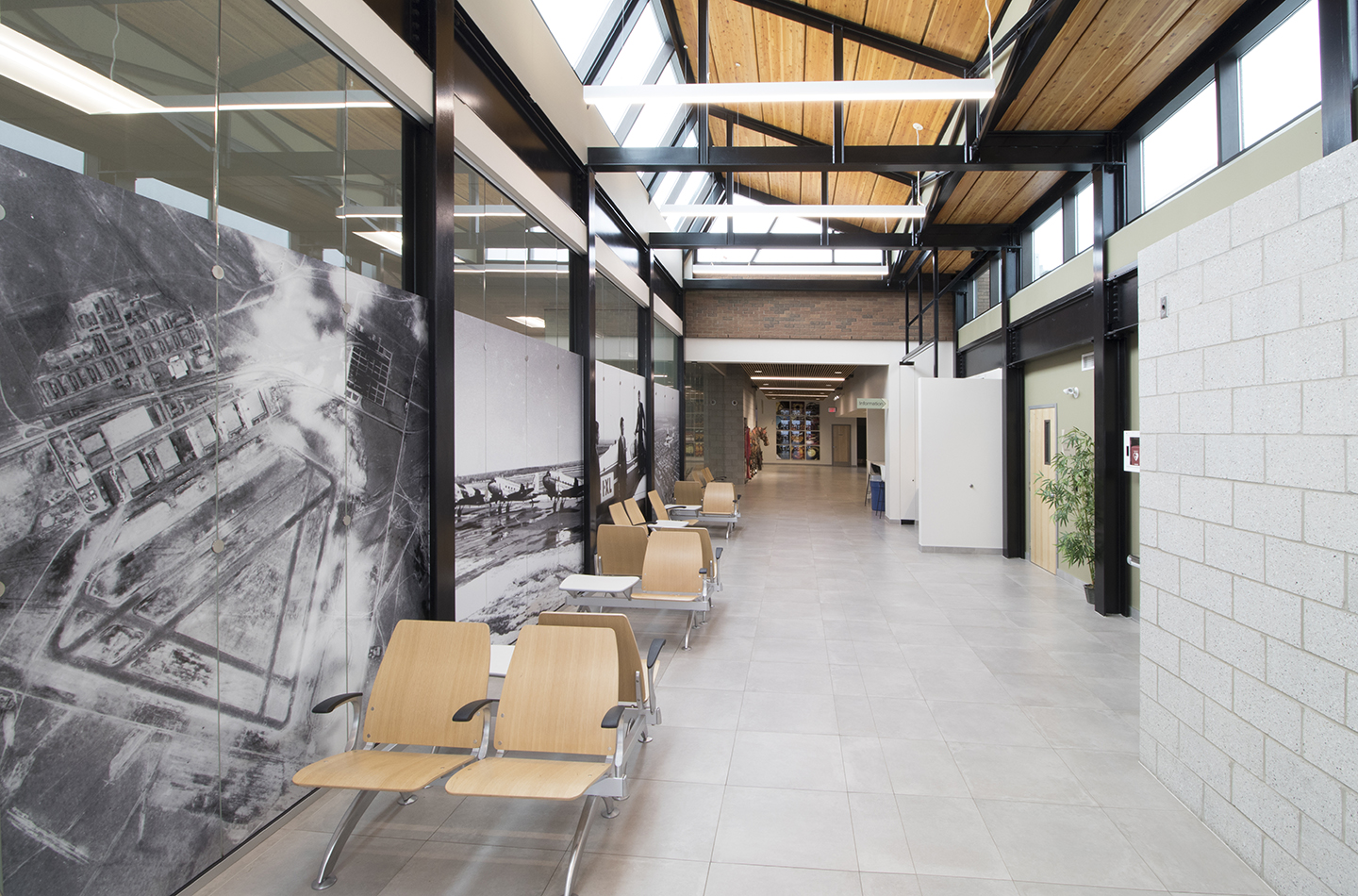 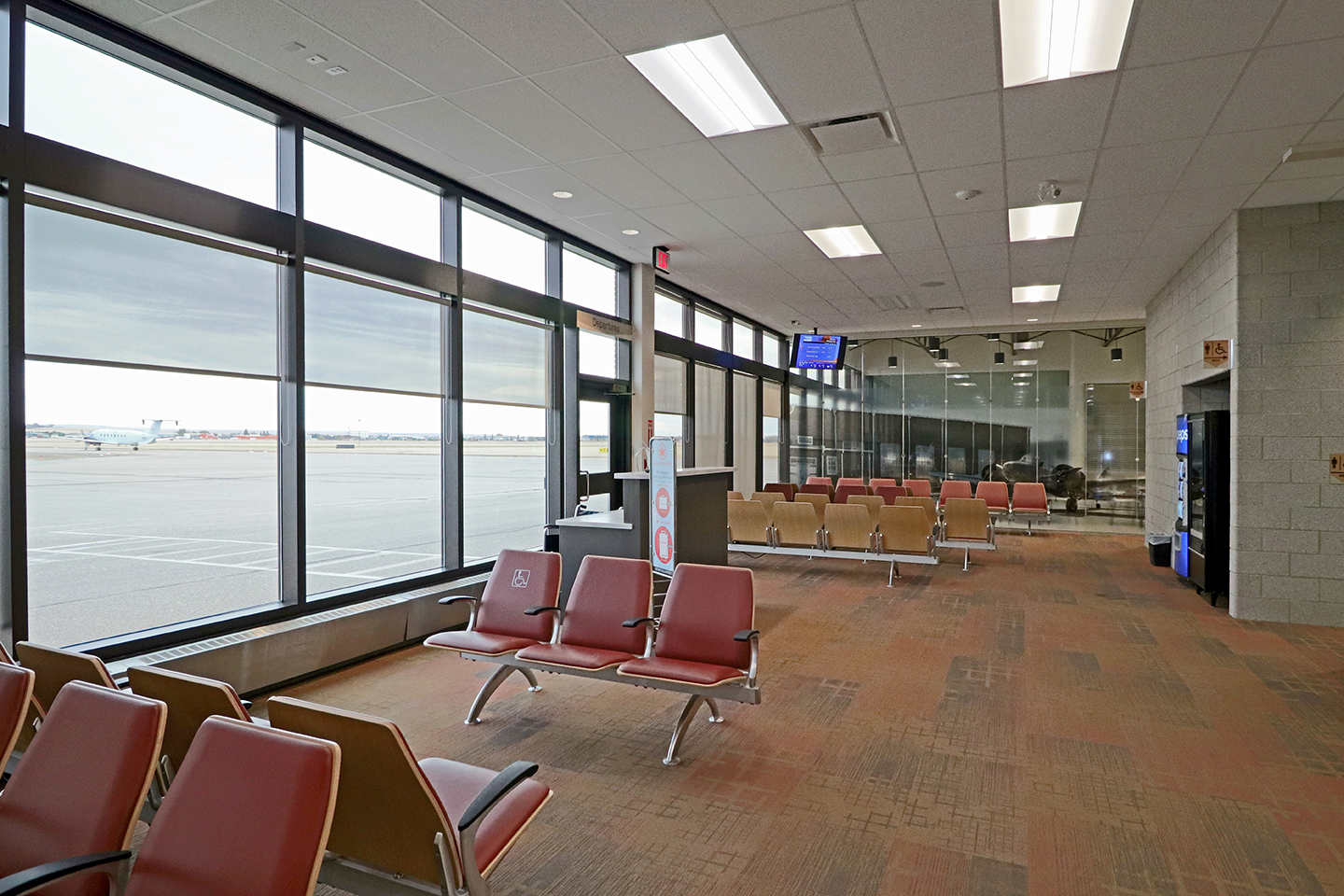 The Medicine Hat Airport Terminal renovation and expansion project provides improved air services to the citizens of Medicine Hat and region. The project includes new modernized passenger screening and holding area, as well as a new arrivals hall. A new concourse was added as the central circulation for the terminal, with a clerestory ceiling featuring a glue-lam wood deck to bring light and warmth into the core of the terminal. Airports are critical infrastructure for any municipality, and often are the first impression that visitors have of the city. FWBA Architects worked closely with the City’s Museum and Archives, to incorporate historical inspired design elements into the terminal’s interior, and also with local artists in creating public art installations. A key element to all stages of this project was the necessity to work with federal regulatory agencies to ensure that the airport terminal remained a functional transportation hub throughout construction. FWBA Architects worked with airport consultants ULAC Architects in completing this successful project.