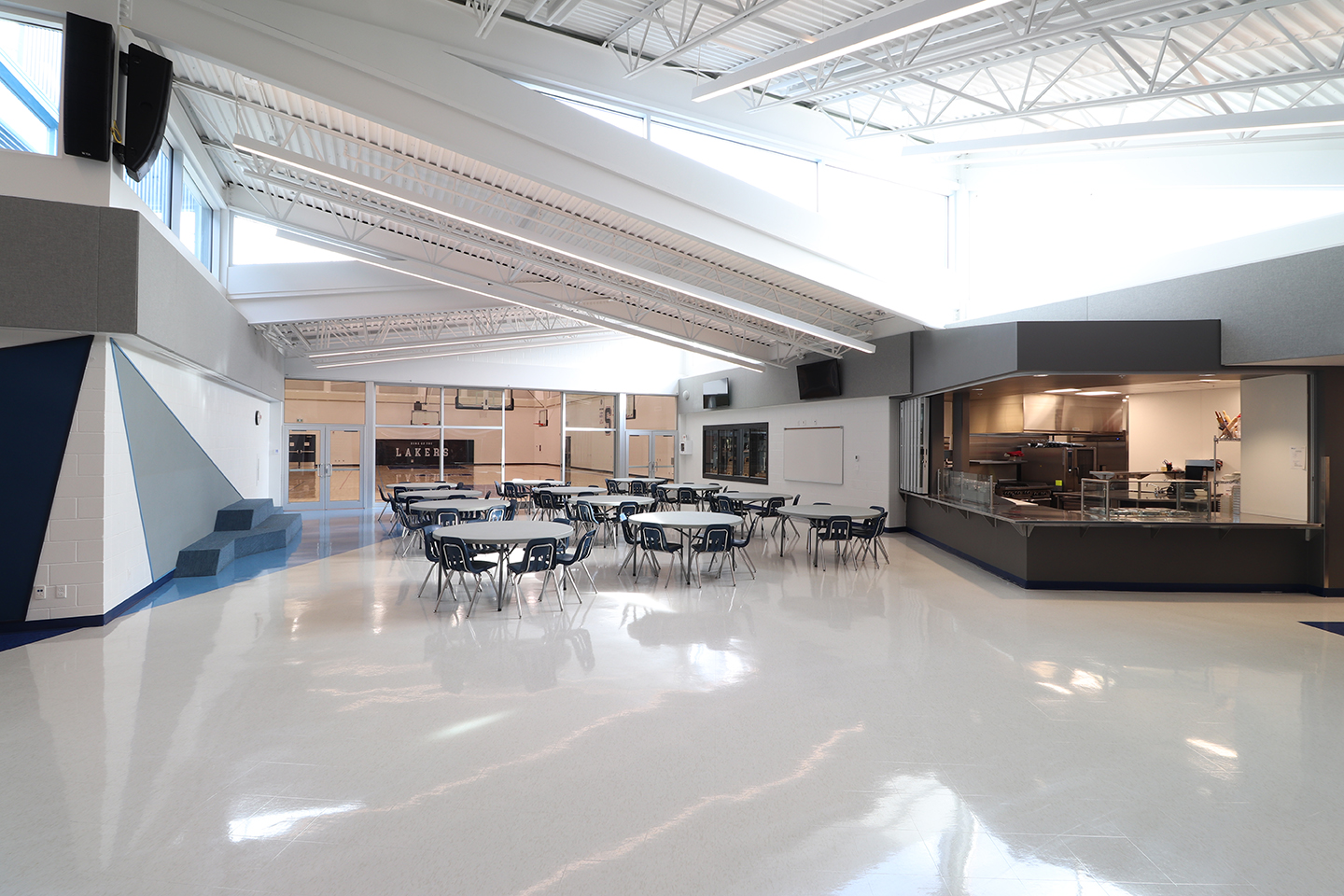 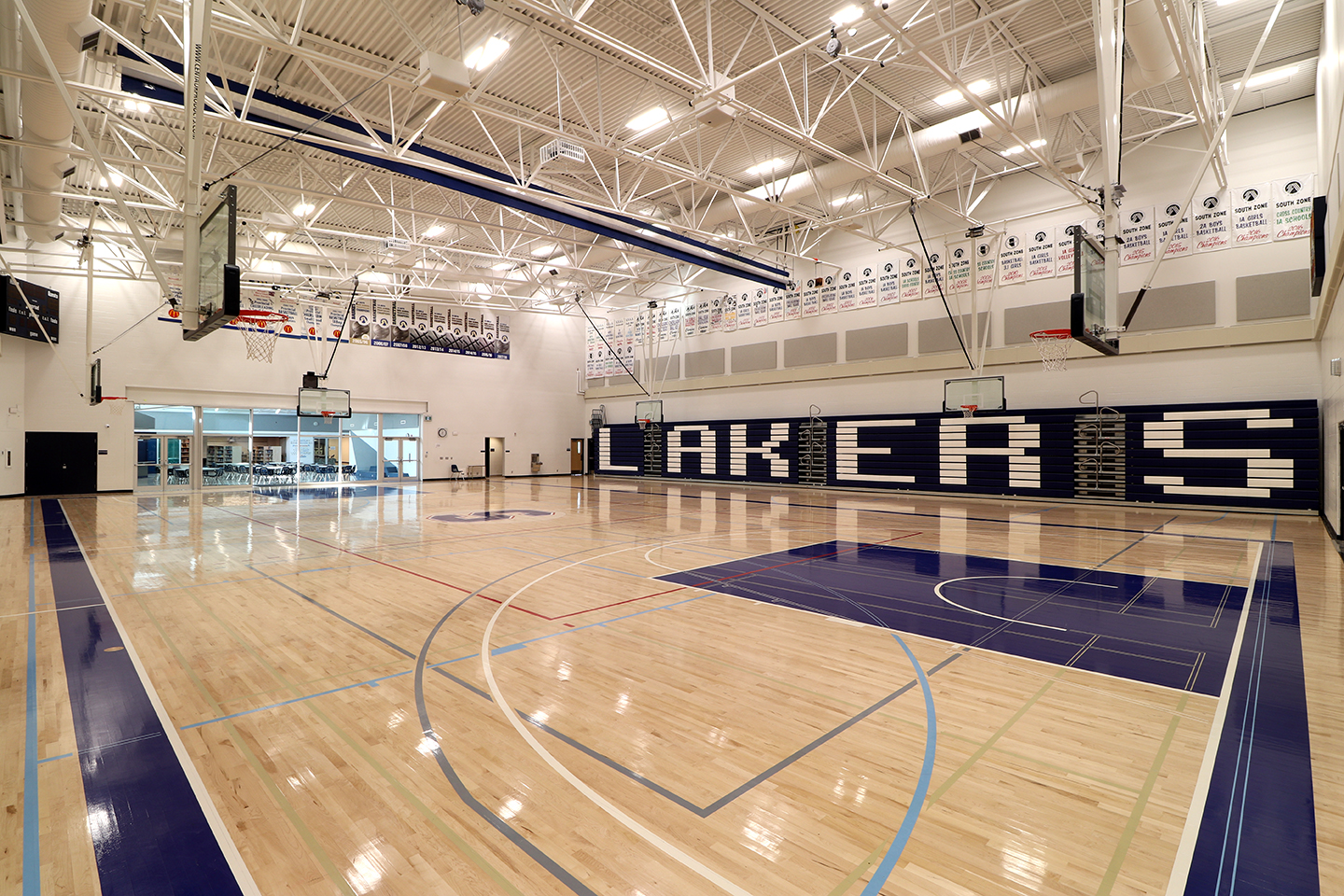 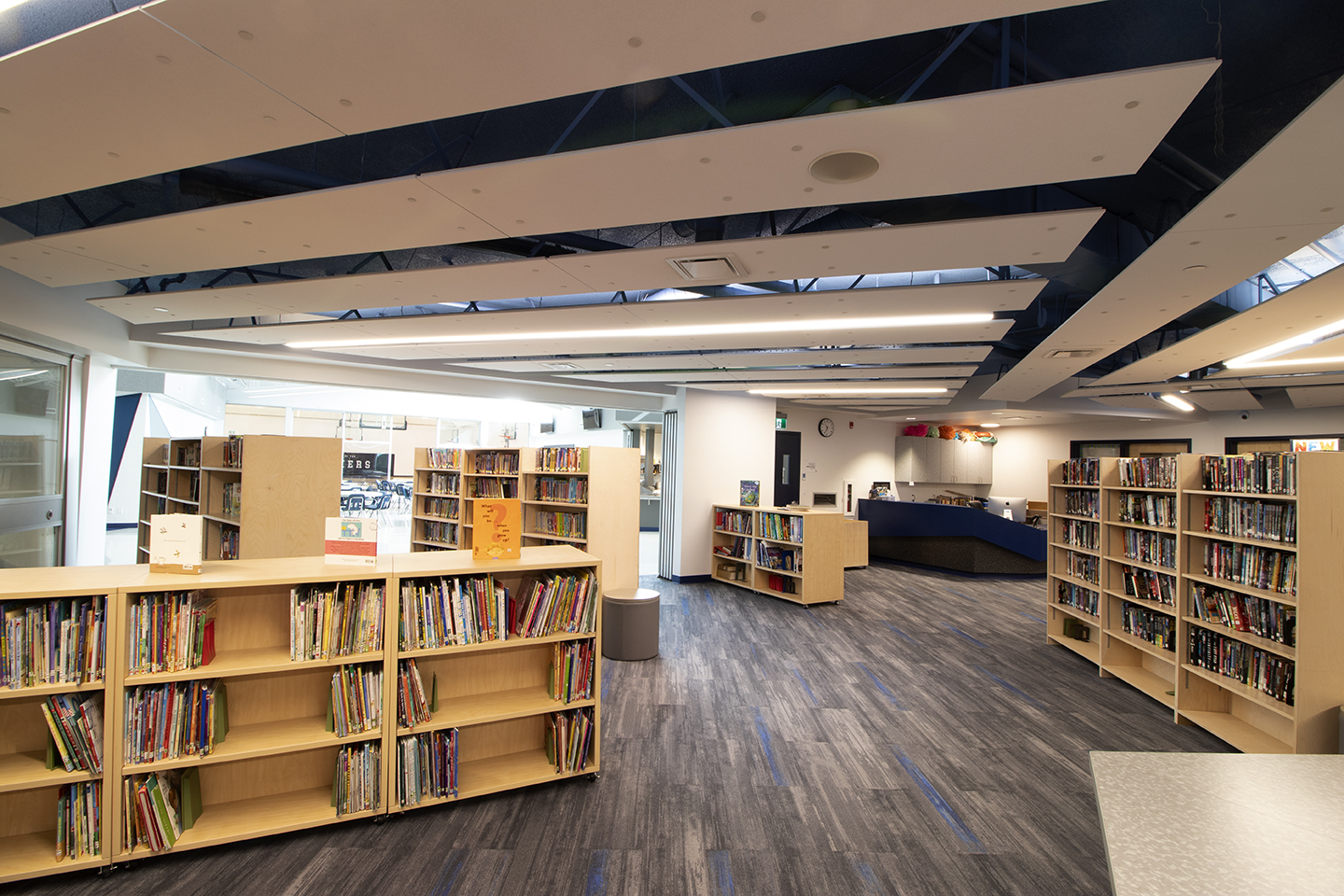 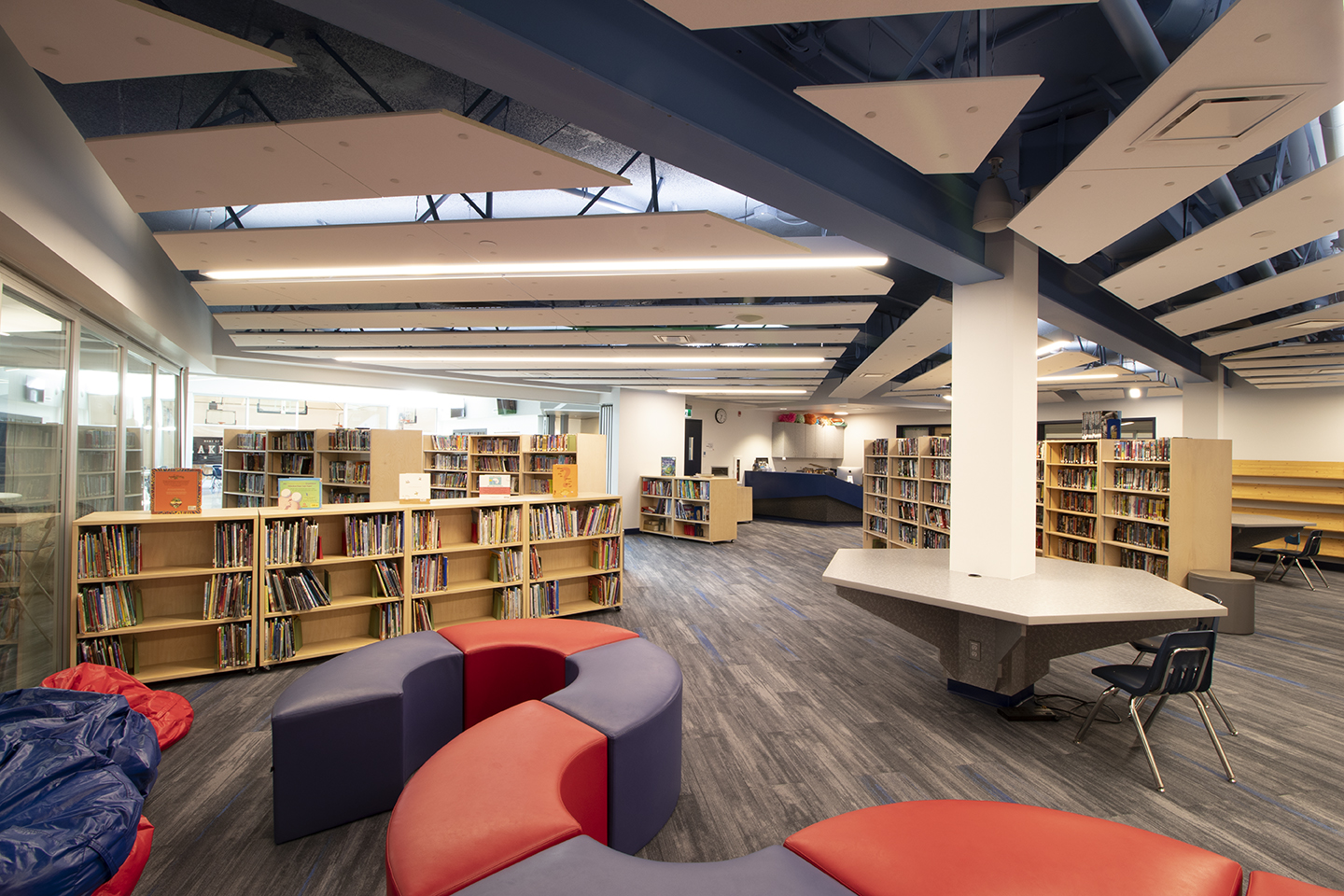 As part of the modernization of this 1950’s/1960’s era building, improving access to natural light was of primary importance. The bright new Gathering Space is the heart of the school and is connected to a gymnasium addition in thanks to a partnership between Westwind School Division and the Village of Stirling. The existing K-12 school has been upgraded with a new building envelope, new windows and doors, new mechanical and electrical systems as well as new interior finishes throughout.

Stirling School also received a solar grant to include solar technology and a solar educational display in the school. FWBA worked with Panther Creative to develop the display which illuminates to indicate the level of solar power being produced day to day. As part of the display, the monitor connects to a website which provides further information about the solar power the school is producing.